The Patchogue-Medford Library is pleased to present the two-person exhibition, Places We’ve Been…, featuring the artwork of Tina Folks and Bryan Gutman. Curated by independent curator and art historian, Jay Schuck, the exhibition highlights Folks’ illustrations and mixed media images, which capture the whimsy of everyday life, as well as Gutman’s expressionistic landscape paintings that portray the enthralling majesty of nature. Both artists present intricate works of art that warrant careful observation and contemplation.

After a long career of working primarily in clay, Folks made the transition to mixed media and illustrative works in 2016. Despite the two-dimensional nature of her new medium, Folks’ work is tactile, textured, and full of visual depth. Her illustrations, bordering on the genre of collage, utilizes a variety of materials such as graphite, paint, pen and ink, as well as found texts and images lifted from newspapers, books, magazines, stamps and more. Initially conceived in the confines of a sketchbook, the artist selects works to replicate as prints and installs them in frames, thus altering their original presentation and intention.

One such work is Chairperson. Folks recounts her inspiration for the piece in a post published on the Hummingbird Post, an online blog in which she is a regular contributor. Here, she states that while reflecting on the recent accomplishments of her sister, she contemplated the metaphor of the chair and what it means to be a chairperson, a title typically reserved for executives at the top of large corporations and businesses. In this instance, the chairperson isn’t an executive, but rather someone who is in-charge of their own life with the Lazy Boy functioning as their ceremonial throne. In this work, Folks positions the imposing chair in the center of the composition, drawn in ink over newspaper clippings. Musings on her sister’s accomplishments written by the artist can be found in the upper left corner, under a coat of teal paint. The work is intimate and informative, giving us a glimpse into the artist’s creative process. 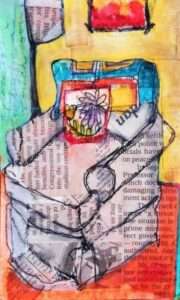 In addition to her framed work, a selection of the artist’s sketchbooks is also on display. The private nature of a sketchbook allows the artist to experiment away from the judging eye of critics and the general public. In these examples, we get a glimpse into the artist’s mind at work as she figures out her compositional arrangements and entertains any thought or motif that has captured her attention. Free from any external expectations, Folks allows herself to innately follow any train of thought to its inherent conclusion, whether it was one carefully dictated by the artist or by some unforeseen, guiding force.

Folks’ work is exhibited alongside that of her husband, Bryan Gutman. Gutman is an artist inspired by nature. Many of his paintings began en plein air, with the artist immersed in a natural environment, and were later completed in the studio. The works on display span a roughly 25-year period, allowing us to track the artist’s creative development.

The earliest work in the exhibition, Deer in the Woods, is a composite image, completed by the artist on three separate occasions. The work originally began as a desert landscape depicting the mountains of New Mexico as seen from a distance in the early 1990s. These passages can still be found in the background of the painting. Years later, and not completely satisfied with the original composition, Gutman reimagined the work by taking it into the Quogue Wildlife Reserve on Long Island. There, he added the woodland features that dominate the painting today. While painting in the reserve, Gutman was visited by a deer and was inspired by the moment. Although he could not reproduce the deer on the spot, he went back to the studio where he added the animal into the final composition. The finished work invokes a desire to re-establish our connection to nature as well as to be mindful of the present moment. 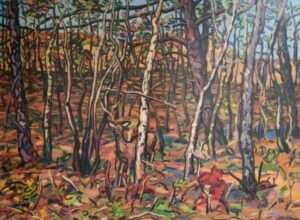 As the years progressed, Gutman’s work has become more expressive as he incorporates additional sources of inspiration. His most recent painting on display, Pine Trees (Homage to Vincent), references the work of one of his favorite artists: Vincent van Gogh. The piece is compositionally similar to Pine Trees and Dandelions in the Garden of Saint-Paul Hospital, created by van Gogh during his stay at an asylum in Saint-Rémy. At this time in the artist’s career, van Gogh produced multiple copies of work originally created by artists he admired like Millet, Rembrandt, and Delacroix. Gutman sees this piece in a similar guise, as a homage to the great Post-Impressionist artist. His painting is a close cropping of the lower trunks of a pair of pine trees in a vivid field of white flowers. Like van Gogh, Gutman celebrates the formal qualities of painting by enthusiastically utilizes a variety of loud, vibrant colors that emphasize and amplify the natural colors found in his source material – creating a work of art rooted in nature, but captured through the expressive eyes of an artist. 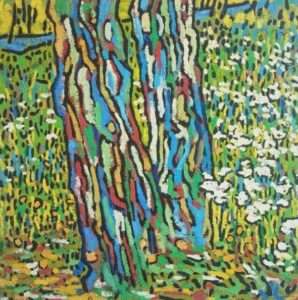 Tina Folks is a fine artist from Patchogue, NY. She received her BA from Marymount College and BFA in Ceramic Design from Parsons School of Design. Her artwork has been exhibited across Long Island with select exhibitions at East End Arts, Gallery North, and the Patchogue Arts Council. For more information on the artist, visit www.tinafolksartist.com.

Bryan Gutman is a fine artist from Patchogue, NY. He received his BFA from the University of New Mexico and MFA from Brooklyn College in 1984. His work has been exhibited across Long Island with select exhibitions at Heckscher Museum, Guild Hall, and the Museum of Contemporary Art Long Island. 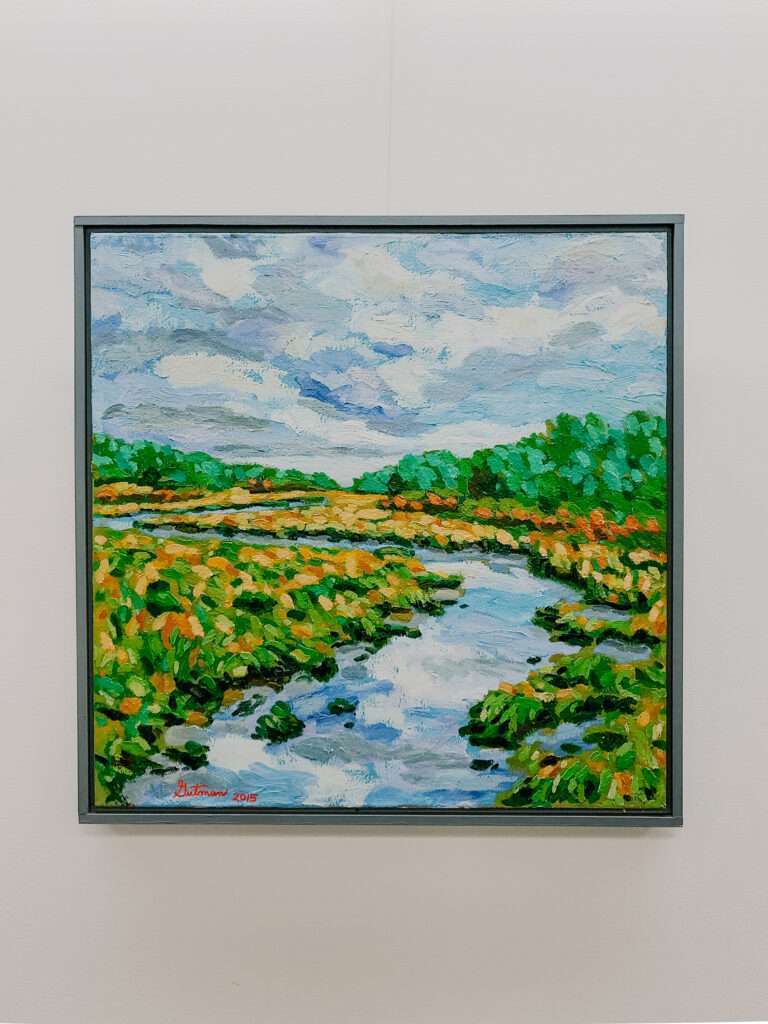 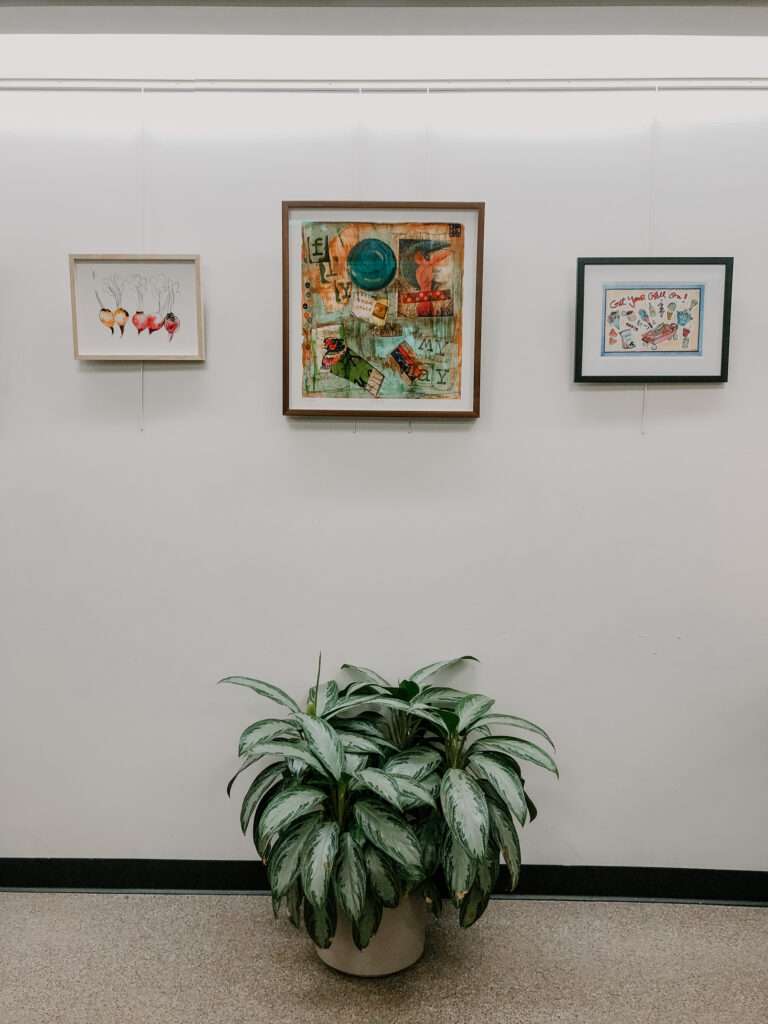 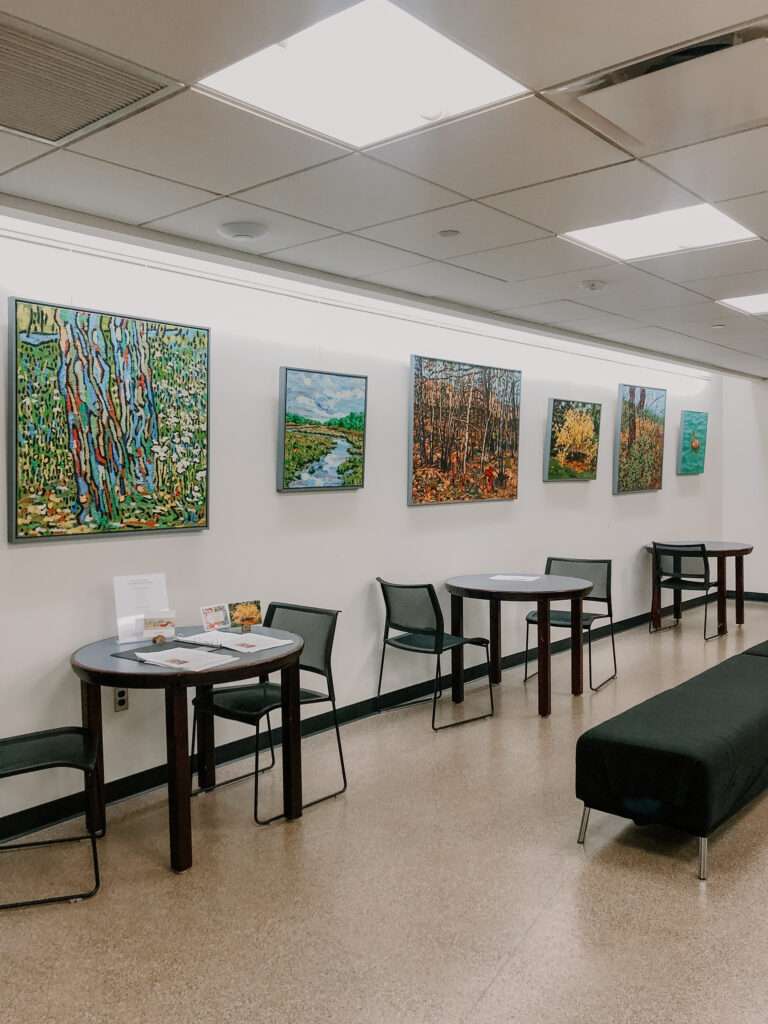 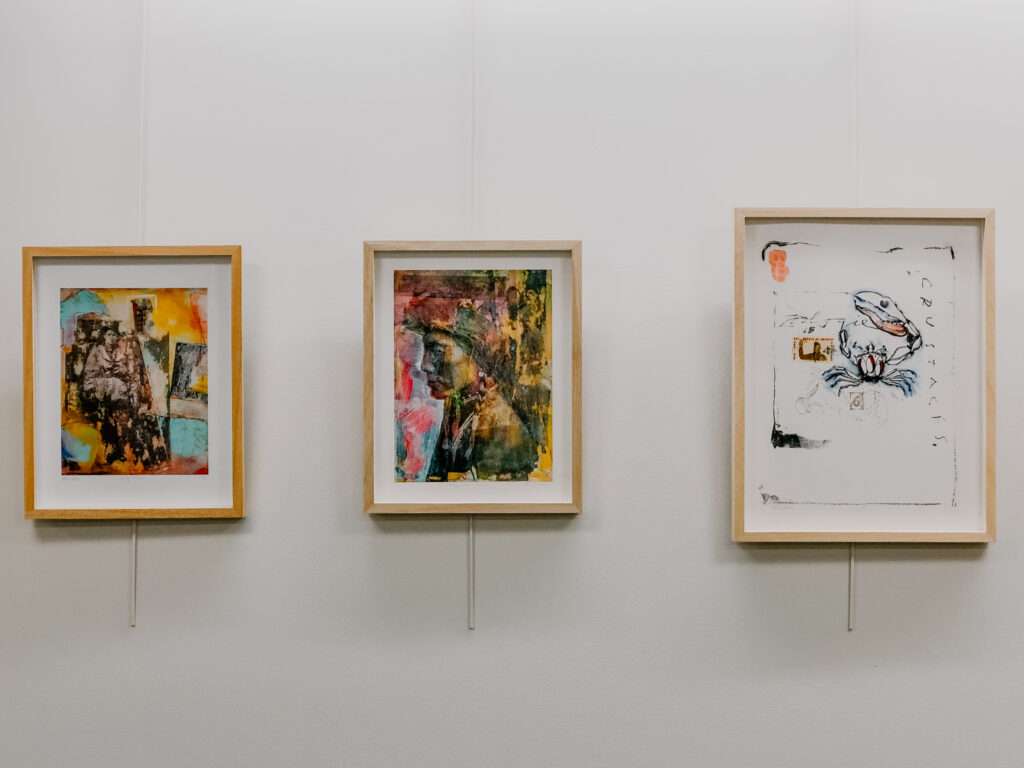 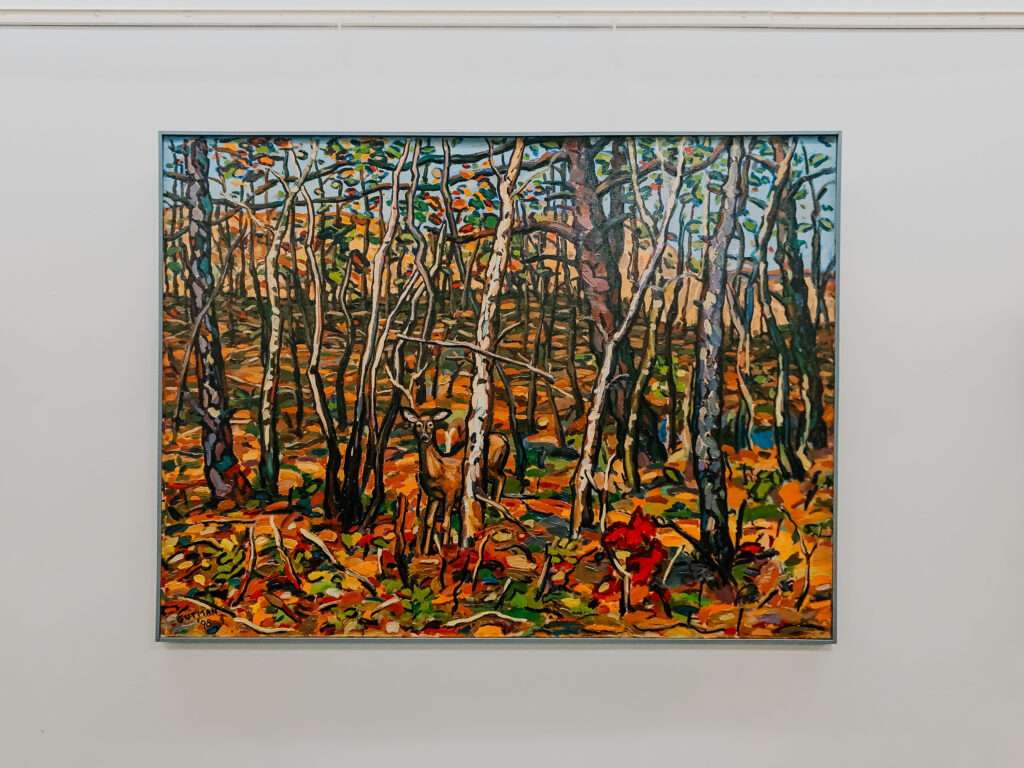 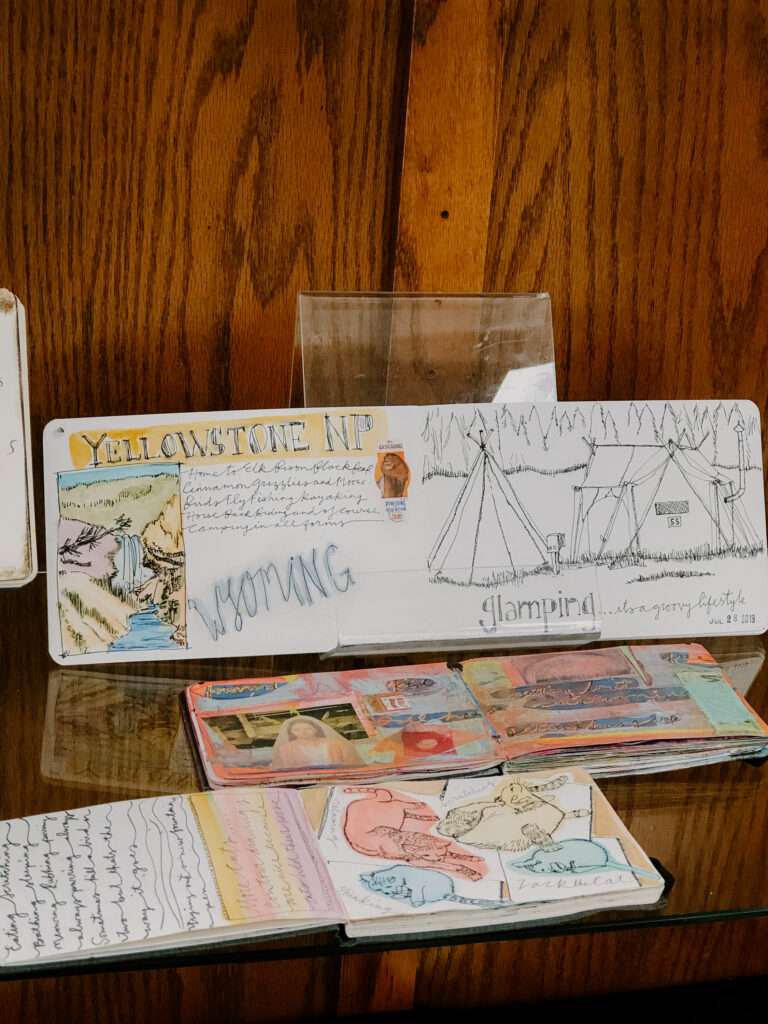 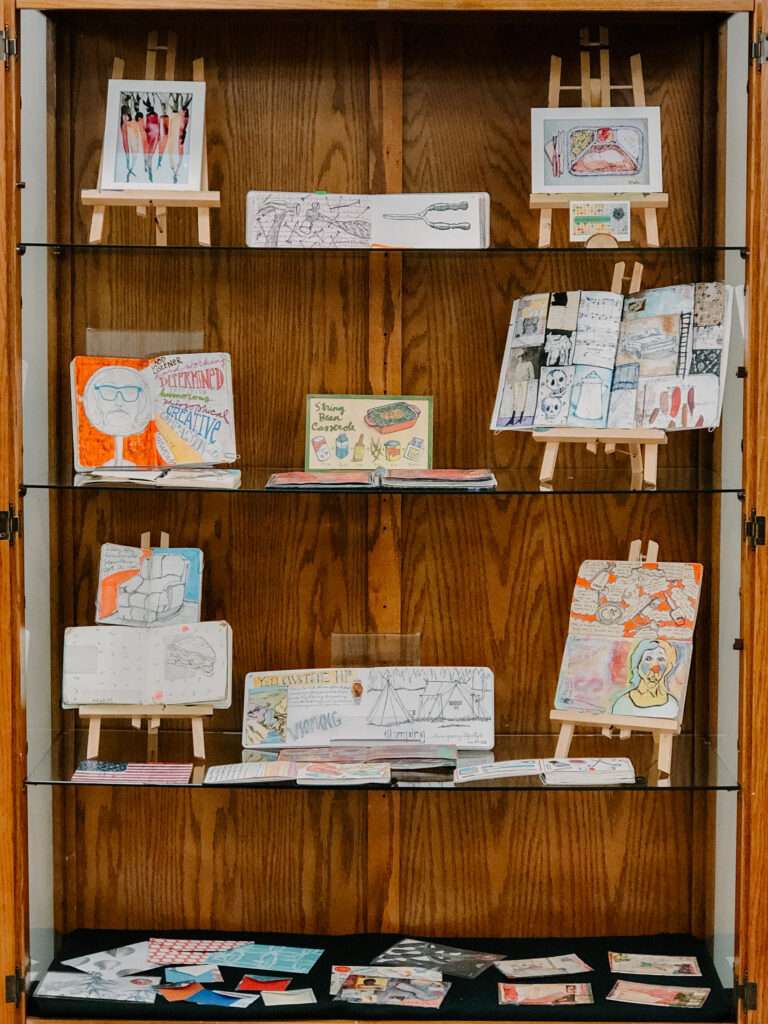 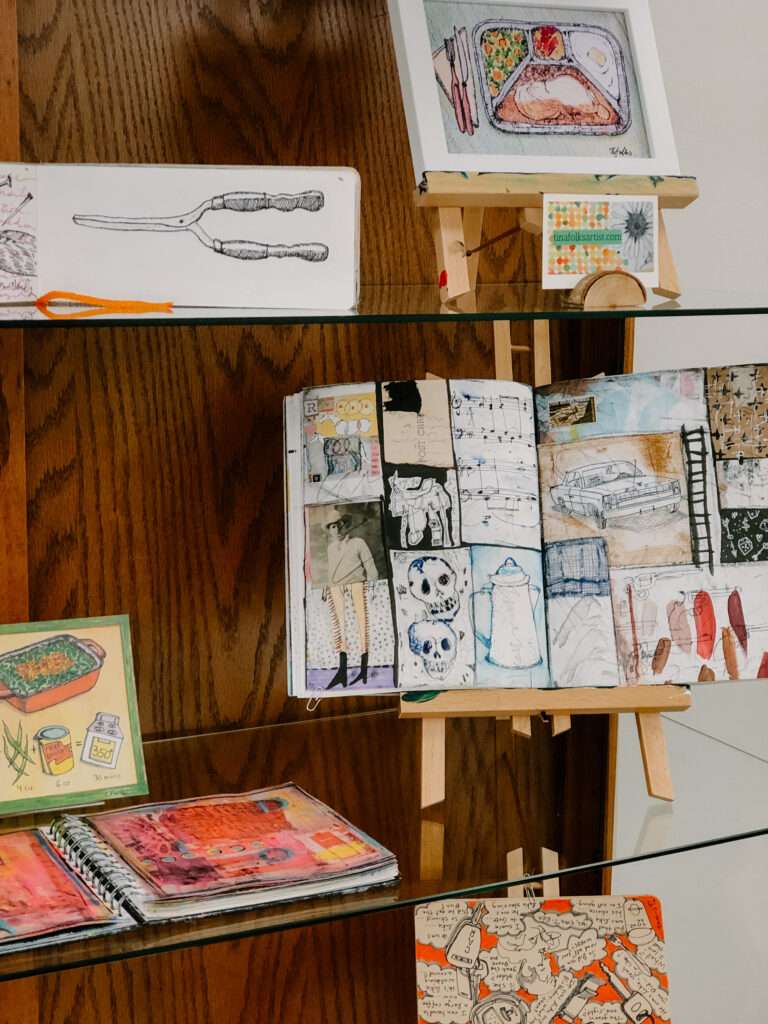 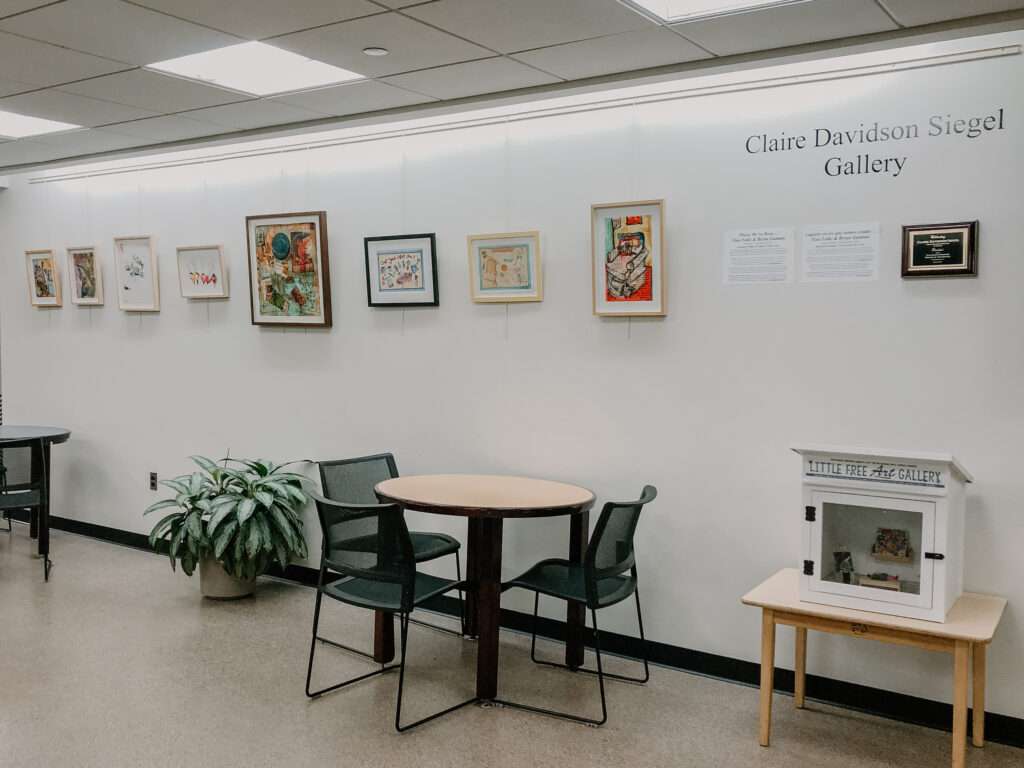 Places We’ve Been… Tina Folks & Bryan Gutman, curated by independent curator and art historian, Jay Schuck, is on display in the Patchogue-Medford Library’s Claire Davidson Siegel Gallery from November 1 – December 30, 2021. An artist reception will be held on Sunday, November 14, from 2:00 – 4:00 PM. All are invited to attend. For more information on the exhibit, visit www.pmlib.org/display-art/claire-davidson-siegel-gallery.